High Score Products was originally founded in 1985 by Bill Chrisman, to market a new product he had developed. Mr. Chrisman had noticed urethane bowling balls (a relatively new innovation in ball design) were porous and tended to soak the oil from the bowling lanes. The new product was marketed as U Clean / U Score Urethane Bowling Ball Cleaner™.

High Score Products remained a one product company until 1991, when availability of capital and time coincided with the opportunity to manufacture bowling balls. Mr. Chrisman’s experience in other industries and his long term involvement with bowling led him to believe that small quantity OEM private label manufacturing was a viable market being completely ignored by large manufactures. In the spring of 1991, Mr. Chrisman hired Keith Orton, a pioneer in manufacturing high performance urethane bowling balls, to set up a facility to manufacture bowling balls for High Score Products. 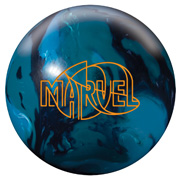 The first balls were produced in August 1991 and the process of an appropriate trade name for a HSP bowling ball was begun. After several weeks of effort the STORM® name was chosen. The name offered a number of possibilities for strong graphic presentation as well as the kind of strong power image traditionally associated with bowling balls and other sports equipment. The name was also thought to have a universal quality, which would cut across cultural lines and be effective in both domestic and foreign markets, particularly in Pacific Rim countries.

By 1992 the Storm name was getting national attention. High Score Products experienced tremendous growth the following year with business nearly tripling and the process of moving the plant was under way. Soon thereafter, a larger facility was secured.

Birth of Storm, Name of The Bowler’s Company™ 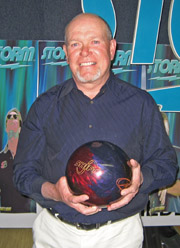 Today Storm Bowling Balls can be found in the hands of many prominent professional and amateur bowlers alike. Storm Products, Inc. has full time representation on the men’s and women’s Professional Bowling Tours. The Storm name still continues to grow throughout the world.